The Koutoubia Mosque or Kutubiyya Mosque (Arabic: جامع الكتبية‎‎) is the largest mosque in Marrakesh. The mosque is also known by several other names, such as Jami' al-Kutubiyah, Kotoubia Mosque, Kutubiya Mosque, Kutubiyyin Mosque, and Mosque of the Booksellers. It is located in the southwest medina quarter of Marrakesh. The mosque is ornamented with curved windows, a band of ceramic inlay, pointed merlons, and decorative arches; it has a large plaza with gardens, and is floodlit at night. The minaret, 77 metres (253 ft) in height, includes a spire and orbs. It was completed under the reign of the Berber Almohad Caliph Yaqub al-Mansur (1184 to 1199), and has inspired other buildings such as the Giralda of Seville and the Hassan Tower of Rabat. 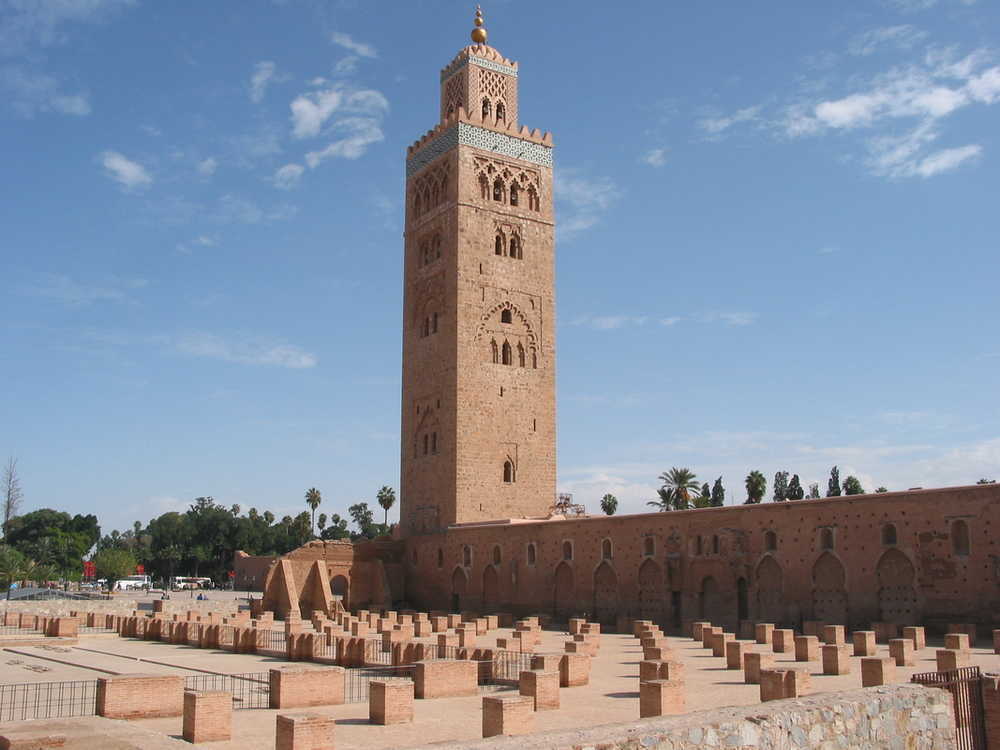 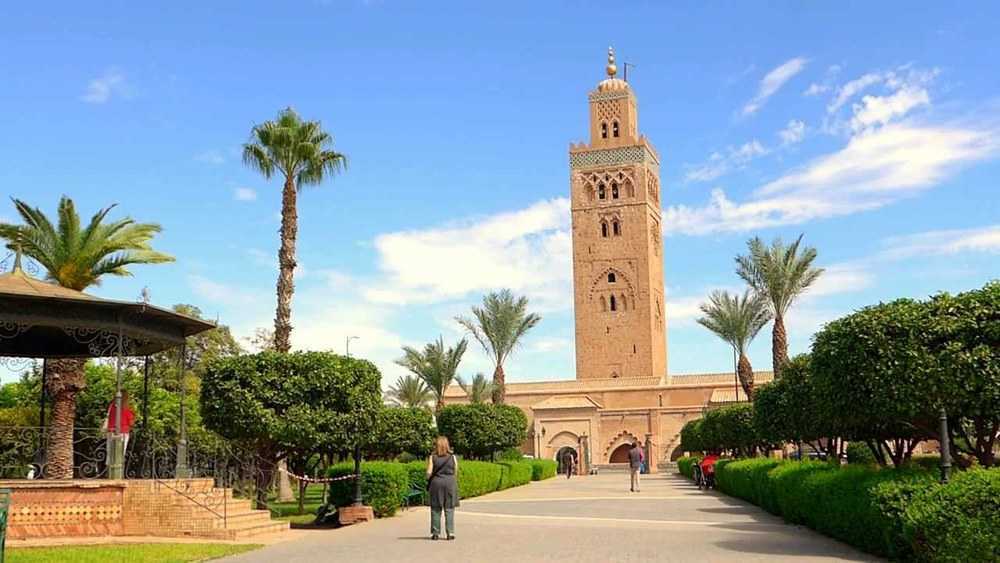