The Menara gardens (Arabic: حدائق المنارة‎‎) are botanical gardens located to the west of Marrakech. They were established in the 12th century (c. 1130) by the Almohad Caliphate ruler Abd al-Mu'min.
The name menara derives from the pavilion with its small green pyramid-shaped roof (menzeh), meaning lighthouse. Although there is no actual lighthouse in the gardens, any building that sits at a high elevation is locally known as menara, such as the mosque Menaret manaara. The pavilion was built during the 16th century Saadi dynasty and renovated in 1869 by sultan Abderrahmane of Morocco, who used to stay here in summertime.
The pavilion and basin (an artificial lake) are surrounded by orchards and olive groves. The intention of the basin was to irrigate the surrounding gardens and orchards using a sophisticated system of underground channels called a qanat. The basin is supplied with water thanks to an old hydraulic system, which conveys water from the mountains located approximately 30 km away from Marrakech. It also served as a martial station. 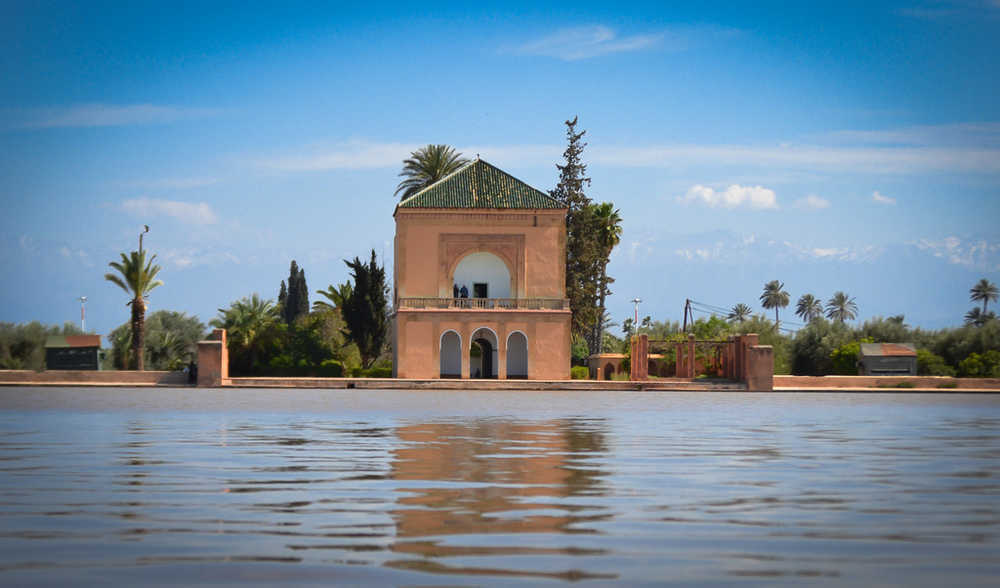